Community center ‘can be done’ 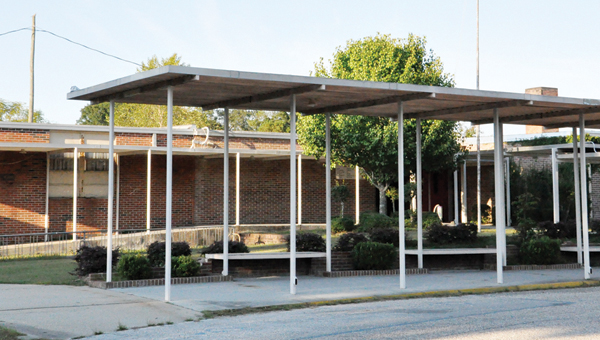 Converting the old Brewton Middle School into a community center would be a daunting — but not impossible — task, Brewton Mayor Ted Jennings said.
“I think it can be done, as staggering as that is,” he said.
But both the city and the group hoping to turn the school into a community center face a number of tasks that must be completed, including developing detailed plans and upgrading the facility.
“All this does is give them a blueprint for what they want to do,” Jennings said, referring to a document that details the steps the city and the committee need to take. “Someone’s going to have to have a plan.”
A committee working on conjunction with the Coalition for a Healthier Escambia County has been working on plans to turn the school into a community center.
Committee leader Alline Manuel said Friday that the group has reviewed the document from the city and is making plans to approach each step.
The group is planning a meeting for 5 p.m. Thursday, Jan. 20, for supporters of the center. Anyone interested can attend the meeting at the education center at D.W. McMillan Memorial Hospital.
After Brewton City Schools vacates the building — expected to happen this summer — the property reverts to the City of Brewton, as best city officials can tell, Jennings said. “We are still researching it,” he said.
But when that happens, the city will immediately have to insure the property — which, at $5,000, is not a lot of money, but still not a budgeted expense during tough economic times, Jennings said.
The most feasible option for the group taking over the school, Jennings said, would likely be leasing the facility, because state law requires a city to sell property it deems “in excess” at no less than fair market value.
But any lease payment would likely have to cover the insurance on the property, according to guidelines city officials prepared for anyone interested in taking over the school when it is vacated.
In addition, there would be work needed to bring the building into code compliance, and certified architectural drawings would need to be submitted to detail the use and update building codes, fire codes and Americans with Disabilities Act standards, according to the city’s guidelines.
A master plan would need to be submitted to address the use of the facility; how the unused portion would be secured; maintenance; source of funding; and how long the use of the facility can be expected to continue.
“I think it can be done,” Jennings said. “You’re talking about a sizeable amount of money for a feasibility study.”
Community center supporters envision using the facility for after-school programs, tutoring, community meetings, and other events, with the possibility of using space for volunteer groups such as RSVP, the Retired Senior Volunteer Program.
Using a city building for such a purpose is not unprecedented, Jennings said, pointing to Hope Place, which leases its facility in downtown Brewton from the city. But Hope Place — a resource center for at-risk families — is backed by Auburn University’s Extension Service, he said.
Jennings said he was not aware of any other interest in the middle school property, and he said he said the city was committed to allowing the community center committee a chance to use the facility.
“Until that string plays out, we will give them every opportunity, and work with them to make it happen,” he said. “We want to give them a chance.”
The city has set aside $100,000 — part of the proceeds of the sale of land to the city school board for the new middle school — for the community center project.
The Coalition for a Healthier Escambia County has a subcommittee working on a plan to reduce childhood obesity, and part of that plan includes developing a community center. Dr. Marsha Raulerson, who is heading the subcommittee, has already secured grant funding for the three-pronged project, which also includes developing community gardens and increasing children’s physical activity.
No matter what happens to the school, the city will have responsibility for it and for its upkeep.
“It’ll cost us a number of thousands of dollars if nothing’s done,” Jennings said.