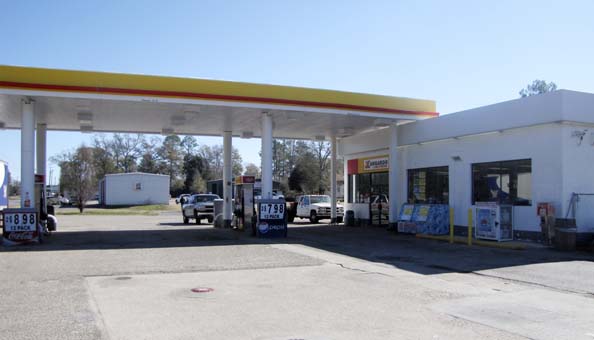 According to Atmore Police Department Investigator Robby Williams, dispatchers received an armed robbery complaint from the Kangaroo Express located on West Nashville Avenue at approximately 3:25 a.m. Williams said two black males, both wearing masks, entered the store and robbed the clerk on duty at gunpoint of an undisclosed amount of money while the third male remained outside.

All three suspects fled the scene on foot, according to a press release issued by the APD, and were not on scene when police arrived within the same minute of the call.

According to Williams, responding officers set up a perimeter and called in tracking dogs from Fountain Correction Facility for assistance. The dogs were able to track the offenders to the Rocky Ridge Apartment Complex.

Atmore Police is actively investigating the case and will withhold further information pending the outcome of that investigation.

If you have any information related to this crime, you are asked to contact the APD at 368-9141.