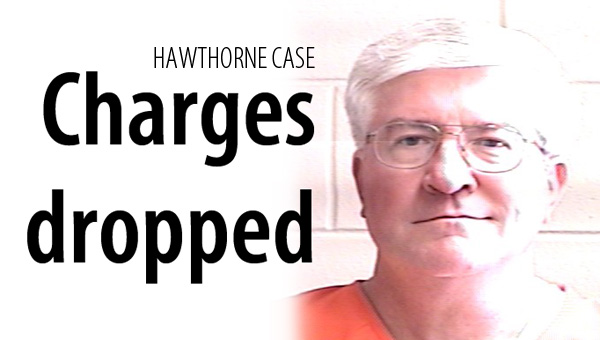 Two women who said former Escambia County School Board member and sheriff’s department employee Richard Hawthorne fondled them have refused to testify against him — forcing the county to drop the charges against Hawthorne.

“The state cannot establish a prima facie case without the testimony of the victim and has no other option than to no pros the matter,” District Attorney Steve Billy wrote earlier this month in a motion to dismiss the charges.

Hawthorne, who was a transportation officer for the sheriff’s department, had been indicted on sexual misconduct and ethics charges. The women in the case were Escambia County Jail inmates who were transported by Hawthorne at different times.

In a federal civil lawsuit brought by one of the women against Hawthorne, Sheriff Grover Smith and the Escambia County Commission, the woman alleged that in March 2009, when she was being transported to a Wetumpka facility, she was seated in the passenger seat in the front of the van next to Hawthorne.

The lawsuit then states that Hawthorne fondled the woman until they were near their destination. The woman said she told a counselor at the facility about Hawthorne’s sexual conduct toward her.

In the other woman’s federal lawsuit, she claimed that Hawthorne gave her cigarettes after an incident in which he allegedly fondled her after transporting her to the Escambia County Mental Health Facility.

In the federal lawsuits, each woman had sought millions of dollars in damages.