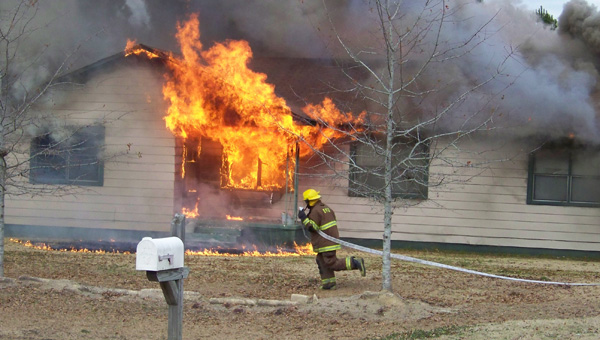 A family was left homeless Monday after their house on Alabama Highway 41 was destroyed by fire.

Several fire departments responded Monday afternoon to the blaze, which was fully involved when firefighters arrived on the scene. The house was located next to Riverview Town Hall.

Homeowner Terry Hasting said he had left the stove on in the kitchen when he left the house, then came home to find it on fire.