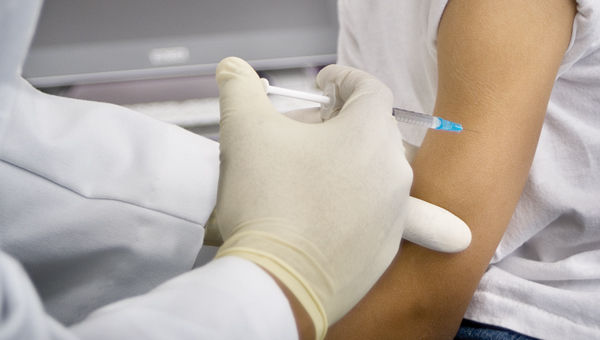 Coughing, aches and pains and a lingering fever are just a few of the symptoms being treated by physicians across Brewton this week.

Brewton Pediatrician Marsha Raulerson said her patients are exhibiting a wide range of symptoms with just as wide a range of diagnoses.

Raulerson said children should be kept from school if a fever is seen as one of the many symptoms of any of the current illnesses being seen at area physician’s offices.

“If there is a fever accompanied by a lot of coughing, keep the child home from school,” Raulerson said. “Keep the child at home until their fever is gone and they are no longer contagious.”

Raulerson said there are ways to handle symptoms associated with any of the illnesses mentioned. Through home remedies and medications, symptoms can be treated to make the patient as comfortable as possible.

“If sore throat and/or coughing is a problem honey will help to sooth that,” Raulerson said. “Chicken soup has also been proven to make a difference in symptoms as well. Plenty of liquids are also recommended. Fluids should be water, juice or even popsicles.”

Over-the-counter medications can help, but caution should be used when administering doses to children, Raulerson said.

“Several over-the-counter cold, flu and fever medications contain acetaminophen along with other ingredients,” Raulerson said. “Acetaminophen is good for reducing fever, but if you are giving a combination remedy that contains acetaminophen you don’t want to give Tylenol too. Too much acetaminophen is not a good thing. Ibuprofen to reduce fever is a good substitute if acetaminophen exists in any medications being administered.”

Raulerson said it is important to remember to check package labels to determine the proper dosage for a particular age or weight child.

“Reading labels of any medication is very important,” Raulerson said. “Be sure to look at labels to make sure the medication does not contain aspirin. Aspirin given when flu symptoms exist can increase the possibility of Reyes’ Syndrome. Also, you don’t want to overdose on any one ingredient like acetaminophen.”

Raulerson said additionally that some medications can be taken to relieve certain symptoms completely.

“If a runny nose is part of the problem and it’s excessive, depending on the age of the child it’s alright to take something to help,” Raulerson said. “Loratadine (generic Claritin) can be given morning and/or night for a few days to cut down on the symptom.”

Raulerson also said common sense can also be an important part of preventing or reducing the chance of contracting any viral or air-borne illness.

“Washing hands is still the best way to prevent the spread of any of these illnesses,” Raulerson said. “Covering coughs and sneezes also reduces the spread of illnesses. One of the best ways to reduce the spread of an illness is to keep the infected person from work and school until fever has broken and they are no longer contagious.”

To learn more about symptoms of flu and other viral infections, visit the Center for Disease Control’s Website at www.cdc.gov.