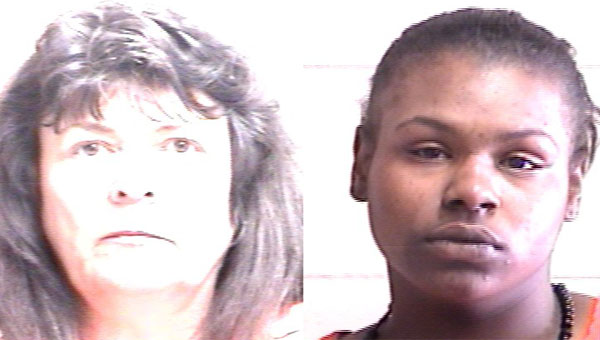 A teacher at the Escambia County alternative school was arrested and charged with drug possession Wednesday following a search at the school and Flomaton High School parking lot by drug dogs.

Also Wednesday, two students at Escambia County High School in Atmore were held on drug charges after a similar search there. Sheriff’s officials said they worked closely with Escambia County School Board officials in the case.

During a search of classrooms at the alternative school, sheriff’s officials said, drug dogs alerted deputies to a bag belonging to Jill Coulter, 54, of Cantonment, Fla., a teacher. The search revealed prescription medication belonging to Coulter, officials said.

Drug dogs also zeroed in on Coulter’s car in the parking lot, and she allowed officers to search the car after admitting there was marijuana in the vehicle, officials said.

Deputies searched the car and found a small amount of what deputies believed to be marijuana and rolling papers inside her purse.

In the ECHS incident, and 18-year-old and a juvenile were arrested following a search of the campus and parking lot by drug dogs.

Deputies said the K-9 units alerted them to the presence of narcotics in two vehicles, and a search turned up marijuana and prescription medications.

The second subject arrested, a juvenile, was charged with unlawful possession of marijuana and transported to the Baldwin County Juvenile Detention Center.