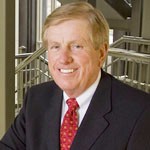 Dr. David Bronner, chief executive officer of the Retirement Systems of Alabama will be the guest speaker at The Greater Brewton Area Chamber of Commerce banquet on Thursday, Feb. 24.

The event, sponsored by the Chamber and the Chamber Board of Directors, will honor the 2010 Citizen of the Year at the Country Club of Brewton on Feb. 24. Dinner will be served at 7 p.m., preceded by a social time at 6 p.m.

Bronner is the CEO of a public pension fund with assets in excess of $28 billion providing benefits for over 35,000 public employees and retirees. He earned a Ph.D. and law degree from the University of Alabama, and has been featured in Time, Wall Street Journal, Forbes Magazine and Business Week. He is known for many notable high-profile investments, but the one he is proudest of is the Robert Trent Jones golf courses that has put Alabama at the top of the list of golf destinations worldwide. The Retirement Systems of Alabama is responsible for the investments of retirees and are the ‘safekeepers of the pensions for thousands of Alabamians.’

Don Ward, vice-president of the Bank of Brewton said Bronner comes highly recommended as a speaker.

“Dr. Bronner is dedicated to promoting Alabama in tourism, and creating jobs within the state,” Ward said. “He has been responsible for some other very good investments, such as The Grand Hotel in Fairhope, but also the Marriott Renaissance in Mobile and refurbished the old Battle House in Mobile.”

The banquet to be held at the Country Club of Brewton is an annual event to honor a Citizen or Citizens of the Year who will be announced at that time.