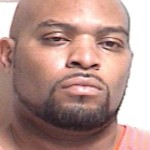 A plan that began as an attempt to get sports photos for parents turned into a scam, Brewton Police said.

A Brewton man was arrested Monday and charged with second degree theft by deception after police said he ran a photo scam under the guise of working for the Brewton Area YMCA.

YMCA officials contacted police in January to tell them about their concerns.

“Employees advised that a gentleman by the name of Marcus McMillan was hired to take photographs of all of the sports that occurred at the YMCA,” Sgt. Steven Ferguson said. “In early December, Mr. McMillan did in fact take photographs and also accepted payments in advance from the parents. The payments were made in cash and checks with the knowledge that the pictures would be developed within two to three days.”

But by the end of December, Ferguson said, the photos still had not been developed. “This increased concern with the YMCA employees,” Ferguson said.

When they still had not heard from him by mid-January, YMCA officials tried to contact McMillan, but he did not respond to phone calls or text messages.

YMCA officials called police, who learned the total amount that McMillan, 39, had collected was between $700 and $1,500.

“It is also believed that Mr. McMillan had no intent on providing the photographs,” Ferguson said.