Power outage has SPEC customers in the dark 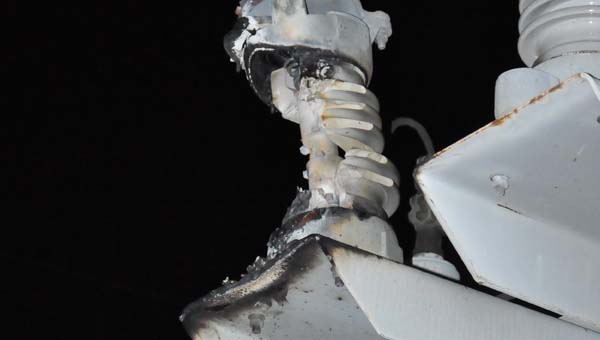 Southern Pine Electric Cooperative customers may be without power until midnight or later after transformers at a power substation burned earlier Friday evening.
The widespread power outages occurred just before 7 p.m. Friday night leaving hundreds of Southern Pine Electric Cooperative customers in the dark.
Robbie Cotten, director of operations for SPEC, said the outage was caused by a small animal wandering into the substation equipment.
“A small animal got into the substation and caused a shortage that burned some transformer equipment,” Cotten said. “We are doing everything we can to restore power as quickly as possible to our customers.”
Cotton said the substation, owned by Power South of Andalusia, would require repairs to become operational again.
“Power South is working to get a mobile power unit on site to restore power while repairs to the substation can be completed,” Cotten said. “The outage should be repaired quickly once equipment arrives. We hope to have power restored by midnight or a little after.”
Brewton Fire Department personnel responded to the scene only as a precaution, officials said. Once power to the substation was severed, no danger remained at the scene.
No employees were at the substation at the time of the incident and no injuries were reported.