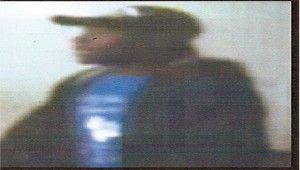 Brewton Police officers are asking the public for help in solving two cases currently being investigated by the department.
Sgt. Steven Ferguson said two cases are under investigation involving credit cards and two incidents of forgery.
“We are asking the public to help us identify two males involved in these cases,” Ferguson said. “One of the suspects is believed to be involved in the illegal usage and possession of a stolen credit card. The second suspect is believed to be involved in two counts of forgery.”
Photographs of the suspects have been discovered from surveillance cameras in place at the businesses where the crimes have taken place in the Brewton area, Ferguson said.
Investigators working the case are asking for any information that may lead to the identity of the subjects in the surveillance photos.
Anyone with any information concerning the suspects is asked to contact the Brewton Police Department’s investigation unit at 867-3212.