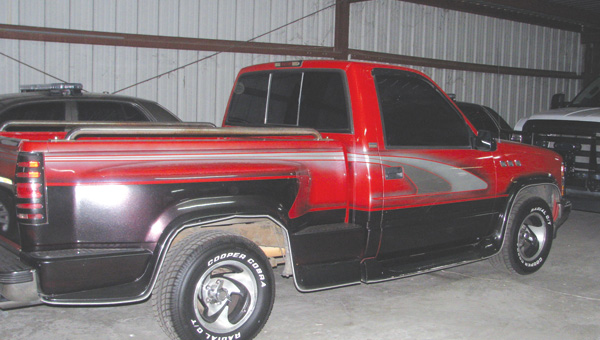 The location of the theft is near Interstate 65 behind Huddle House, Lambert said.

“An asphalt company, APAC, was using the site to temporarily store materials while they were working in the area,” Lambert said. “No one stayed there all the time and wasn’t checked on a regular basis. The owner, Daniel Mack Milton, came by to check on it on Monday, Feb. 21, and found what he determined to be more than $50,000 worth of materials missing. An undetermined amount of damage had also been done. There were also some items left behind, such as flashlights, grinders and torches.”

Following an investigation, officers later located items reported missing in the case in the Owassa community.

“The juveniles and their parents were contacted,” Lambert said.

“They were from around the Barnett’s Cross Roads area and when questioned, they confessed to taking the materials.”

The two suspects, whose names were not released due to their age, were turned over to the juvenile authorities and transported to the Juvenile Detention Center in Baldwin County.