Belleville work could be finished next month 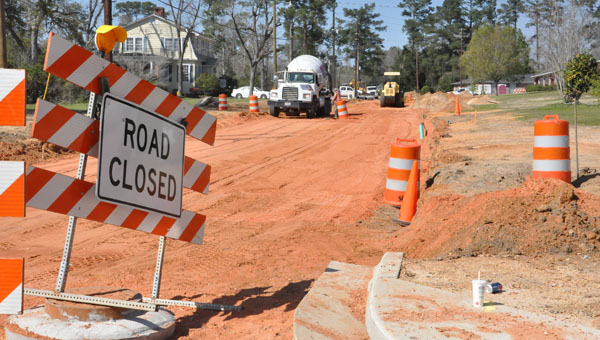 Sewer repair work that has held traffic at bay along Belleville Avenue for months is “coming along” with a projected completion date sometime next month.

Ray Madden, supervisor of the Brewton City Gas and Water Department, said Martin Construction is continuing their pace on the work being done on the city sewer system.

“They are coming along as expected,” Madden said. “We still expect to see the work completed by the middle of April.”

The work began last July along Belleville Avenue and has continued to keep portions of Belleville Avenue closed throughout that time. The original deadline for an end to the project has been passed with the company now paying $500 per day in liquidated damages until the project is completed.

“There may be a few things that have to be redone,” Madden said. “What will have to be done again won’t hold up the project. We still expect it to be complete by the middle of next month.”

Madden said crews will have to do additional work on manholes along Belleville Avenue and may have to make modifications to a few sewer connections along the way.

“What they have to do won’t require them to tear up the road again,” Madden said. “The extra work won’t hold up the project. It’s just all part of the process.”