Jobless rate down in county 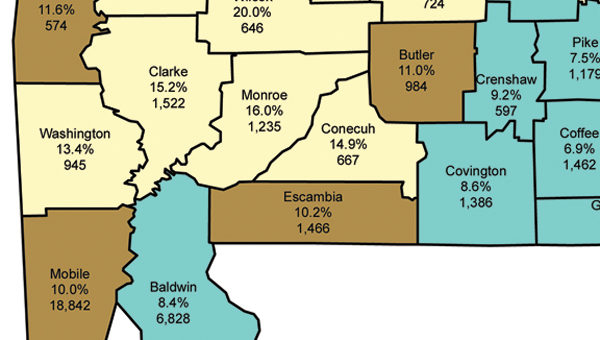 Escambia County’s unemployment rate was down more than a percentage point last month, from 11.4 percent in February to 10.2 percent in March.

But the rate is still ahead of the state rate, which inched down last month from 9.3 percent to 9.2 percent.

“A decrease in the unemployment rate is always better than an increase,” said Tom Surtees, director of the Alabama Department of Industrial Relations. “However, we can’t get too excited because there are still nearly 200,000 Alabamians out of work.”

But Surtees said the state is beginning to see some stabilization in jobless trends.

“For example, March’s initial claims data continues to remain below the levels of both 2010 and 2009, the years that bore the brunt of the recession,” Surtees said. “The same holds true for the number of weeks claimed, and the amount of benefit payments. We are also seeing high numbers of people coming off of the unemployment rolls. This means that fewer people are entering the system, while more are coming out – this trend will help to bring the unemployment rate down.”

The counties with the lowest unemployment rates in March were: Shelby at 6.7 percent, Coffee