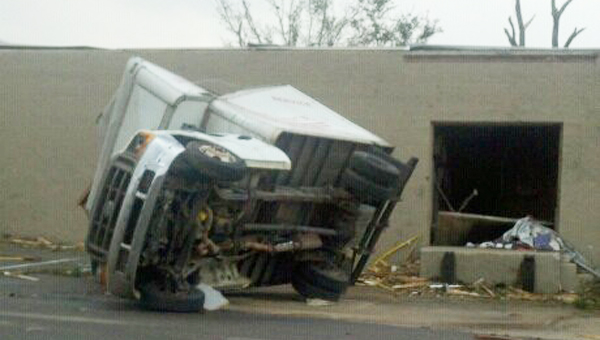 A W.S. Neal graduate who is a student at the University of Alabama said Tuscaloosa is “unrecognizable” following a massive tornado on Wednesday.

“I am doing fine,” Jake Hodge said. “But my heart goes out to all affected.”

Hodge said weather forecasters had been predicting the bad storms most of the day.

“About 3:30 or 4 it just showed up, and words can’t describe what happened,” he said. “I was scared, but I think it was more worry and nerve-wracking than anything. I have been through countless hurricanes, but this was instant damage unlike a hurricane.”

The University of Alabama campus did not see damage, but many students lost belongings or homes off campus. The university has cancelled classes and even final exams next week, and the May 7 graduation has been rescheduled for August.

Hodge said the city has seen many volunteers seeking to help in the wake of the storm.

“One positive thing is that shelters are having to turn volunteers away because there are so many people helping,” he said. “I’ve never seen anything like it, and parts of town are unrecognizeable.

“I feel very blessed to have only had a close call. Nothing of mine was messed up, and I thank God for that.”