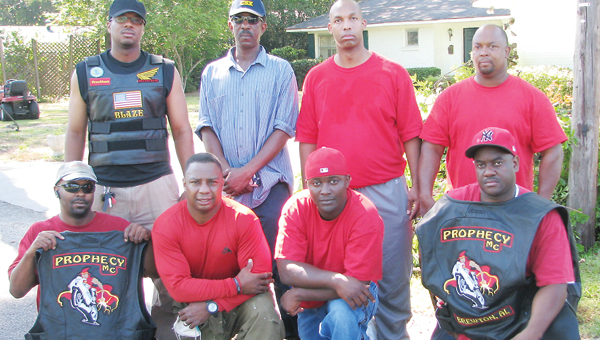 Brewton and East Brewton officials and volunteers worked throughout the day Saturday in an effort to rid the area of unsightly trash. Although not as successful as was hoped for, officials say the day succeeded in getting out a message.

“We got a lot of yards cleaned up and got parts of the city looking good,” Clark said. “It was a good day and we were able to pick up a lot of trash from around the area.”

East Brewton Street Department Supervisor Steve Dunaway said a lot of progress was made with cleanup in the city despite the lack of participation from residents.

“We did get a lot of work done picking up trash and paper from beside the roads,” Dunaway said. “It would have been nice to see more participation from our citizens, but what we did get accomplished is good for East Brewton.”

In Brewton, one group of volunteers and workers spread their efforts across a large area. Brewton City Councilman Joe Watson said large containers in place for debris and trash were filled before the end of the day Saturday as a result of cleanup being done in the city.

“We had four large roll-off containers around town to put trash and debris in for the day,” Watson said. “Before the end of the day, those containers were pretty much full. That means we got a lot of trash out of the city.”

Watson, who represents District 4 on Brewton’s Council, was joined by several volunteers to work along Sowell Road in the district.

Watson said a volunteer group that included members of the Second Saint Siloam Church and a local motorcycle group worked tirelessly throughout the day.

“This group went way beyond the call of duty,” Watson said. “Through the efforts of the group, we were able to get three residences in Brewton and one in East Brewton cleaned up nicely. We tackled jobs at the homes that the owners just weren’t able to do for themselves due to health and other issues they might have.”

Watson said the Earth Day efforts have been the launch of a new project for that group of volunteers.

“When we saw how much we could do for people who need a little help, we decided to make this a regular thing and not just for Earth Day,” Watson said. “Because of what we accomplished Saturday, we have decided to turn this into a monthly thing.”

Watson said churches and organizations who know of a homeowner in need of assistance can contact the group to ask for help.

“If the churches will provide us with a list of people who need some little things done around the house, we’ll certainly see what we can do,” Watson said. “We will provide the work as best we can to help out the citizens in our communities.”

Watson said Saturday’s efforts also cleared the area of debris that might have otherwise created an eyesore throughout some communities. “We had a lot of traffic at the city landfill on Jay Road,” Watson said. “There were a lot of old televisions and that sort of thing carried out there. I also saw where a lot of tires and other big items had been disposed of properly because of Saturday’s clean up. I think if you look at everything around our area, you could say Earth Day here was a success.”