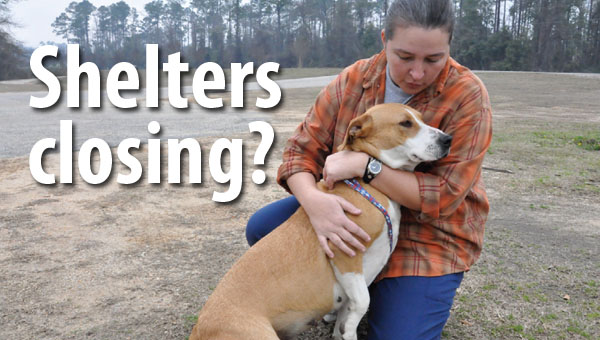 The Humane Society of Escambia County announced on its Facebook page Wednesday that it plans to close its shelters in Brewton and Atmore because of lack of funding.

“We are so sad to tell all of our friends that we have made the decision to terminate our municipal contracts, which means that both of the shelters that we operate will close at the end of this month,” the message states. “Our primary funding (60 percent of our income) has dissolved, and the amount from the contracts is simply not enough to operate.”

A large portion of the Humane Society’s funding came from the Neal Trust, which expired last year. Also last year, the Town of Flomaton decided to terminate its contract with the organization.

Atmore and Brewton maintained contracts with HSEC to pick up and house stray animals.

According to statistics from the Humane Society, last year was the first year the organization adopted out more animals than it euthanized. The shelters’ intake rates steadily increased from 2005-2007, as more municipalities came under contract with the HSEC, but the intake numbers had been declining since then as efforts to control the animal population through spaying and neutering began to see success.

HSEC Director Renee Jones could not be reached for comment Wednesday evening.