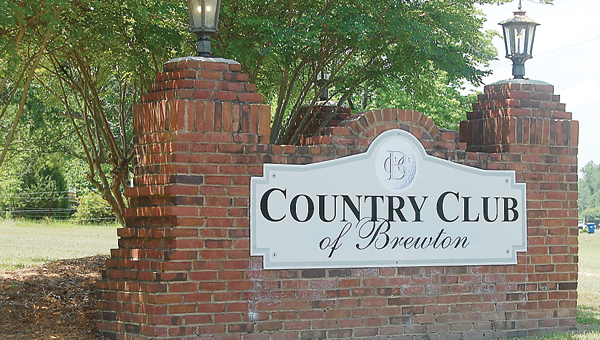 Talk of annexing new areas into the city limits of Brewton is just that — talk.

In a committee meeting Monday, a group of city officials began eyeing areas to be considered in an annexation plan that would include an area west of U.S. 31 North to Country Club Drive.

Broox Garrett suggested members of the committee, which includes utility, police and other departments of services of the city, consider the cost and expense of incorporation if the city moves forward.

“We are a long way from making any hard decisions on this,” Garrett said. “We have a lot to consider. If the city is going to grow, we have to grow somewhere. We are landlocked right now. We would have to grow to the north, south or west. We can’t grow east. If we are going to be a viable community, we have to grow.”

Garrett said there are three ways a city can incorporate new areas in the city limits. The choices for adding new land to the city’s footprint are: a legislative act, a petition by residents or an election.

“When this subject was raised three years ago, our legislators said no to the idea of presenting it,” Garrett said. “I’m not sure where they would stand on the idea today.”

The areas currently under the scope of consideration for annexation covers areas north and west of the current city limits. The area covers property situated north of the current city limits to the west of U.S. 31 to the Brewton Country Club area, which includes Juniper Creek Development. Nearly half of the proposed area is owned by a small group of large landowners. The second area is situated to the west of the city limits including an area between Alexander Avenue and Georgia Lane to just west of Appleton Road.

Councilman Dennis Dunaway said the annexation of the areas suggested for the move could be better done in phases.

“We’ve already got redistricting coming to the city,” he said. “It’s going to be past the 2012 election cycle before that can be done. We need to consider doing this in phases to work with the redistricting if we move forward with this. If you bring in Juniper Creek, you’ll change the dynamics of voting. Whatever is taken in will require reconfiguration of district lines. We need to keep politics out of this and do what’s best for the city. I’d suggest annexing the big landowner area as the first phase and the second phase at Juniper Creek. The third phase would be the North Brewton area.”

Any changes made in the city footprint because of a potential change racial makeup of voting districts is required to be presented to the U.S. Justice Department for approval.

Dunaway also questioned how more land for the City of Brewton would affect fire protection and the need for additional stations.

“With the annexation will come the need for an additional fire station,” Dunaway said. “There would have to be a new unmanned satellite fire station with a truck ready to roll. That would certainly help homeowners in the area since our fire department has received a low rating. That rating would have a significant impact on lowering homeowner insurance premiums.”

Steve Yuhasz, Brewton’s community development director, said the cost of a fire station and truck would be about $2 million.

“It won’t pay for itself any time soon,” he said.

Garrett said in a previous review of tax benefits for the city in an annexation plan wasn’t a large boost for the budget.

“The last time this was considered the benefit to the city was the grand sum of $88,000,” Garrett said. “In the short term, annexation and all that goes with it won’t pay for itself for a while.”

Garrett instructed department heads present for the committee meeting to consider all areas of their service provision and present an analysis of cost and expenses at a meeting planned in a month.