BMS getting closer to completion 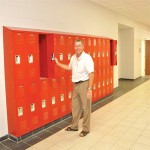