Fore gets life for arson 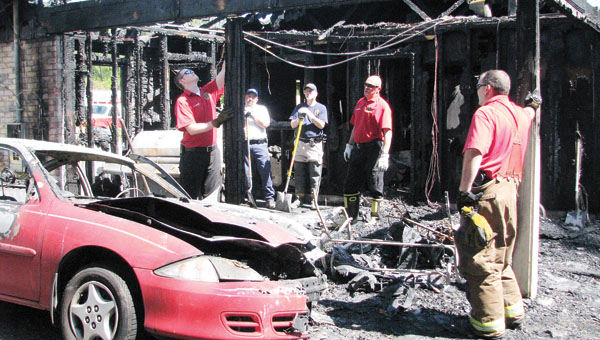 Nikki Fore, convicted in June of arson after prosecutors said she burned down a house in a jealous rage over her boyfriend’s former girlfriend, was sentenced to life in prison Wednesday.

Circuit Judge Bert Rice also sentenced Fore to 10 years on a first-degree criminal mischief charge, giving her the maximum on both charges. Defense attorney Kevin McKinley immediately said he would appeal the case.

The jury in the June trial found Fore not guilty of attempted murder. The case stemmed from an April 2010 incident in which four family members — including the young daughter of Fore’s boyfriend at the time — fled from their Spruce Avenue home after a fire engulfed the house in the middle of the night. Investigators determined that the fire had spread from a blaze intentionally set in a car in the carport, and Fore was found in her vehicle across the street when police and firefighters arrived. Prosecutors said Fore was jealous of boyfriend Joey Nelson’s ex-girlfriend, Ashley Cooley.

On Wednesday, Rice heard testimony from the victims and from Fore.

“She refuses to take responsibility for what she did,” Assistant District Attorney Todd Stearns said in a closing argument after a two-hour sentencing hearing.

Fore testified Wednesday about mental problems she has suffered from abuse dating back to her teens, but she also told the court she did not set the fire. Stearns called much of Fore’s testimony “irrelevant.”

“If she didn’t do it, there’s no reason to be hearing all of this,” he said.

Before Rice imposed his sentence, Fore asked for mercy from the court.

“I’m not the person who has done these things,” she said. “I ask you to give me the opportunity to prove to you that I am not the person the court has made me out to be.”

“She’s a mother that needs the opportunity to return to her children,” he said.

Following the verdict, Fore was taken into custody and her family members in the courtroom left in tears.