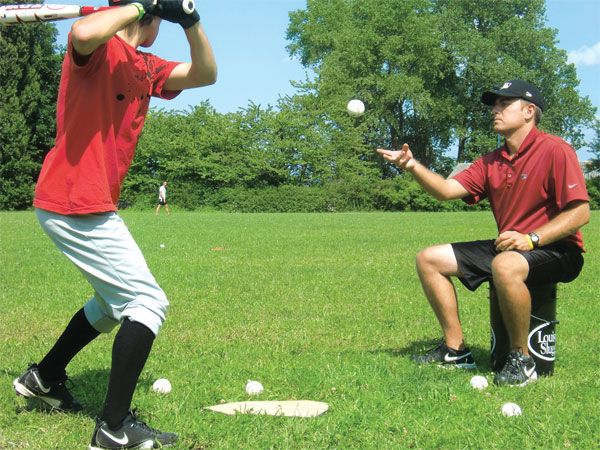 Jefferson Davis Community College assistant/pitching coach Adam Reed recently traveled to Germany to teach baseball through Major League Baseball’s Envoy Program
Reed traveled to Germany to help grow baseball around the world through Major League Baseball’s Envoy Program.
The Envoy Program selects and sends the game’s best instructors to needful baseball communities around the world. Since its introduction in 1991, when two coaches traveled to Holland (now a regular participant in Olympic baseball competitions), the program has sent out coaches on more than 700 assignments to 72 countries worldwide reaching more than 700,000 people. The program is dedicated to the development of international baseball by supporting national baseball federations and their affiliated clubs by providing detailed baseball instruction and development advise to players, coaches and baseball administrators.
This summer Reed traveled to Mainz, Rostock and Witten from June 27 through August 6.
“I’m pleased and honored to have had a chance to represent both Major League Baseball and the game of baseball,” Reed said. “Baseball is American’s game but with its popularity rising in so many countries it is fast becoming the world’s game. This was a great experience for me to get to experience a different culture and share my baseball knowledge with eager German players who are beginning to learn the game. Major League Baseball is trying to help promote baseball internationally in areas that baseball isn’t as popular and it is proving to be very successful as the quality of play in these areas is gradually getting better.”
Reed said the experience really opened his eyes to see a different culture both on and off the baseball field.
“I think it will help me become a better coach as it helped me realize that baseball is fun and as soon as you start taking the fun out of it then you are getting away from playing the game for the right reasons,” Reed said. “The German players really have a lot of fun while they play and aren’t as competitive when comes to winning and losing in baseball as they mostly play it as a hobby and just to have fun.”
Reed, 24, will be starting his second year of coaching at JDCC this fall and upcoming spring.
“I pitched here for two years, the first two years coach Blevins was the head coach,” Reed said. “I have always wanted to be a coach whenever I stopped playing and coach Blevins knew that while I was playing for him and would spend time helping me understand the game more from a coaching perspective.”
Reed has coached at Booker T. Washington High School, where he played high school ball and also coached at Pensacola Catholic High School. After graduating from UWF (University of West Florida), Reed returned to coach at Jefferson Davis where he played two years of college baseball.