Pilot walks away from crash 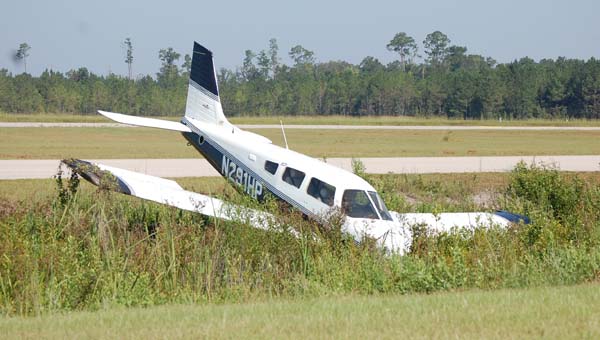 A pilot taxiing on a runway at the Brewton Municipal Airport ran off the runway and into a ditch Tuesday morning, damaging the plane but not causing any injuries.

“He was having mechanical problems to begin with,” said McCall, who answered the pilot’s radio call when he was preparing to land.

The plane landed but the pilot continued to have trouble with its rudder, McCall said, and the pilot ran into the ditch as he was on the ground.

McCall said he did not know the identity of the pilot, who was from out of town but whose destination on Tuesday was Brewton.

The Federal Aviation Administration will investigate because the plane had such severe damage, McCall said.