An East Brewton native will be spending the next several years behind
bars after pleading guilty to charges of manslaughter in a Louisiana
court last week.
Toby Beasley, 32, had the sentence in connection with the charges
against him reduced in exchange for his plea of guilt in the death of
an elderly woman in the St. Rose area near Hahnville, La., where he
lived. Had he not taken the offer from prosecutors in the case, he
would have been sentenced on a charge of first-degree murder.
Judge Lauren Lemmon of the 29th Judicial District in St. Charles
Parish sentenced Beasley to 40 years I prison for the crime.
Beasley was arrested in February and charged with the death of Ophelia
Shepard, 88, who was trapped inside her burning home on Mockingbird
Lane on Feb. 11. According to authorities, Shepard was at home with
her two grandsons when Beasley kicked in the door of the home shortly
before 6:30 a.m., poured an accelerant onto the floor of the living
room and ignited it before fleeing. Since the victim was a double
amputee bound to a wheelchair, she was unable to escape the blaze. The
two grandsons escaped through a window, suffering minor injuries, but
were prevented by heavy smoke from re-entering the home to help
Shepard.
During the victim’s impact portion of Beasley’s hearing last week,
Shepard’s daughter, Elmira Blanks, said she was thankful that justice
had been served. She also lived at the home that burned down.
Also arrested in the incident was Janna Firmin, 34, of Hahnville, who
authorities say was the driver. Her trial has been set for Sept. 19. 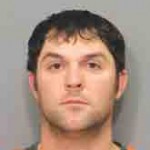