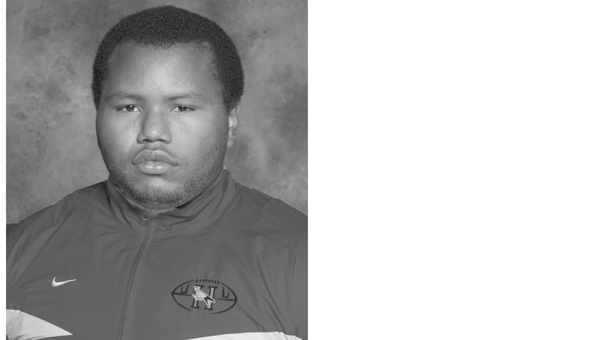 In 2008, tragedy struck the Huntingdon College football program when freshman Sam Collins passed away. Collins never got to play in a game for the Hawks, but his presence is still felt by the players and coaches.
This would have been Collins’ senior season. As a way to honor the memory of their friend and teammate, this senior class approached head coach Mike Turk with an idea. For each home game this season, one senior will wear Collins’ No. 92.
Running back Paul Mielke was the first as he wore Collins’ number against Faulkner University this past Saturday. This was the first time the No. 92 has been worn by a Huntingdon player in a game since 2007.
“The seniors came to me with this idea,” Turk said. “Their thought was that Sam never got to play a game here, but maybe this would be a way for us to let him and his family know that we have not forgotten him and that he is still a part of us.
“I thought it was a great idea, and with the blessing of Sam’s mother, Marion Collins, we will do this for each of our home games this season.”