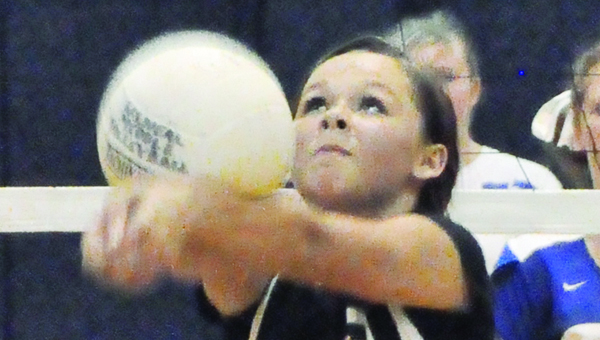 Game one: WSNMS 2, McCall 0
In the first set of the first game Wednesday in East Brewton, W.S. Neal used an early 7-0 lead and bigger leads late in the game to win by 11 over McCall 25-14.
The Lady Eagles led 7-0, 11-1, 13-2, 21-9 and 22-11 in the game.
Haleigh Dubose led the Lady Eagles with eight service points and one ace and Alyssa English had three points. Madison Winchester added two points along with Karissa Johnson and Emily Ann Cooper and Taylor Burns had one point each.
In game two, W.S. Neal started the game on a 12-0 run and lead 15-1, 19-3 and 25-5 to get the win by 20 points.
English had 11 straight service points in the win for the Lady Eagles and one ace while Tiffany Robinson added five straight and two aces.
Winchester had two points and one ace and Kametria Lawson added three points in the win for the Lady Eagles.