Whitten to take over WSN basketball 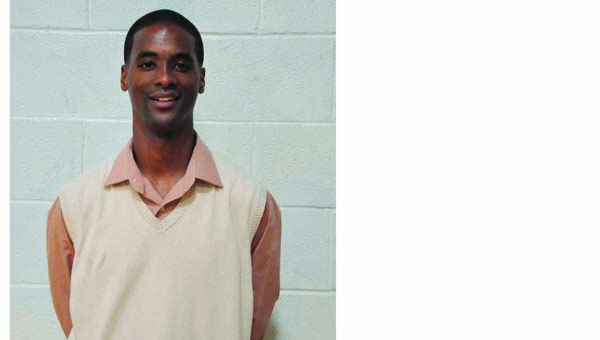 For the sixth time in six years for the W.S. Neal boys basketball team and the fifth time in five years for the Lady Eagle basketball, the two programs will be under new leadership.
Kason Whitten, 35, will take over as head coach for the boys and girls basketball teams at W.S. Neal and will also be the B-team head coach.
For the boys, Whitten replaces Derek Roberts (10-11) at W.S. Neal. Before Roberts at W.S. Neal, the Eagles were coached by Chuck Phillips (09-10), Blaine Hathcock (08-09), Tommy Suitts (07-08) and Robbie Grace (06-07).
For the Lady Eagles, Whitten replaces John Saxon (10-11), Roberts (09-10), Olivia Stephens (08-09) and Steve Lambert (07-08).
Whitten, who has been married for four years, has four children ages 16, 9, 9, and 3. Whitten went to high school at Callaway High School in Mississippi and went to Jackson State University where he earned his B.A. In English in 2005. Following Jackson State, Whitten went to Belhaven College and graduated with a Masters in Management in 2009.
“I went into coaching at age 17,” Whitten said. “I realized at that time that that was my ‘calling’ by the way/ease I was able to dissect, understand, and articulate the game of basketball. I always prepared myself for a teaching career if I wanted to take a break from coaching college basketball.”
Whitten has coached men’s basketball at the college level at Jackson State University (NCAA D1) for two years under Andy Stoglin and four years under Tom Kelsey at Belhaven University (NAIA D1).
“I’ve coached at the storied high school program in Mississippi as Lanier High School in Jackson under the outstanding Thomas Billups. He’s coached countless division one players, NBA, and overseas professional basketball players (most current notable: Monta Ellis), and these players helped him win eight state titles out of 11 trips to the state finals,” Whitten said. “While at Lanier, I was his assistant boys varsity coach and head 9th grade boys coach in 2009. We were able to win the 9th grade city championship with a record of 11 wins and one loss. Our average margin of victory was 38 points. I’ve coached at Wingfield High school also in Jackson. I’ve also had coaching stops at: Mira Mesa High School (7th and 8th grade boys AAU) in San Diego and Christian High School (girls varsity and J.V.)”
Whitten said the fact that W.S. Neal provides him the opportunity to start from scratch and build programs up in a community that seems to embrace their teams with sincere ‘country style’ affection, loyalty, and care brought him to East Brewton.
“Additionally, bringing my life experiences from the Marine Corps and beyond make teaching here another great opportunity for me to mentor students at all levels including the basic fundamentals of English and life,” Whitten said. “I hope to bring levels of excitement, passion, hunger, and desire to these programs that eventually produce repeated championship levels of character and basketball.”
Whitten said it is a huge honor and privilege to have an opportunity to coach at W.S. Neal and he feels that nothing happens by accident and he know that him being here is perfect timing.
“My predecessors have helped set a great stage for me to come in and help continue to mold, mentor, and train these outstanding athletes and students at a high level,” he said. “I hope to break the cycle of being just ‘another coach’ at this school by carefully implementing levels of excitement, passion, hunger, and desire to these programs that eventually produce repeated championship levels of character and basketball. I feel (passion, hunger, desire) are the key elements in transforming the thinking, abilities, and character of my players toward high positive levels. In addition, character development will enable this program as a whole to achieve greatness on multiple levels; including but not being limited to academic levels, with the final athletic levels resulting in district and state championships.”
Whitten said he want this to be a “players” program.
“I want the players to realize their talents and from that point develop those into more efficient talents. Through their academic and athletic achievements, I want the players to have opportunities to use basketball as one of life’s many vehicles to the multiple things that can be afforded to them beyond high school,” Whitten said. “I want players who have passed through this program as well as the players here to forever be comfortable with being apart of this program and its coming successes! All the success that we will encounter will not ever be possible without those past alumni laying the foundation for us. I hope to instill a greater appreciation in the current players for the players of past and bridge that gap as quickly as possible. Championships are built, maintained, and repeated because the community is allowed to ban together and help nurture the success that sets before them.”
Whitten said he and his family are excited, motivated, and dedicated to doing all that they can to mentor and teach these Eagle players.
“I want to achieve levels that the Eagle community and alumni can be proud of for many years to come,” he said.