A man out on bond on murder charges in Mississippi was arrested on charges of assault this week, Brewton police said.
Brewton Police have arrested a local man on assault charges after he was accused of stabbing a father and son Sunday. 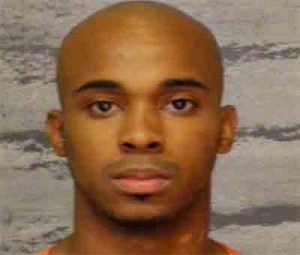 Jerame Deandre Collins has been charged with two counts of first-degree assault in connection with the stabing of a father and son, Sgt. Steven Ferguson of the Brewton Police Department said.
“We received a call around 3:40 a.m. on Sunday about a fight on Lewis Lane,” Ferguson said. “When we arrived the suspect had left the area on foot and we began talking to witnesses in the case.”
Ferguson said witnesses said Collins was involved in an altercation with Eugene Anderson Sr., concerning an argument between Collins and Eugene Anderson Jr.
According to Ferguson, witnesses said the girlfriend of the younger Anderson victim was staying with Collins and he had gone to get her from the house.
“We were told that while the victim was at the home he broke a window trying to get his girlfriend to come out,” Ferguson said. “When she wouldn’t come out he left the house.”
Collins then went to Anderson’s home to confront him about the incident, Ferguson said.
“It was then that the victim’s father tried to get Collins to leave the house,” Ferguson said. “During the confrontation, Collins  stabbed him. At that point, the second victim, the younger Anderson, came out to take control of the situation. In the process, Collins stabbed the second victim twice.”
Ferguson said the wounds did not appear to be life threatening.
Since Collins had left the scene of the incident, Brewton police officers began a search for him.
“We looked for him in some locations we believed him to be but were unable to locate him for a period of time,” Ferguson said. “Around 11 a.m., we located Collins and placed him under arrest on the charges.”
Ferguson said Collins’ issues with the law in Brewton are not the only problems he is facing.
“We will be sending him back to Mississippi where he has legal issues facing him there,” Ferguson said. “He had gotten out of jail  a couple of weeks ago on bond from a murder charge stemming from a stabbing incident there.”
Collins was taken to the Escambia County Detention Center where he was held on $15,000 bond and where he will remain until he is returned to face authorities in Mississippi. 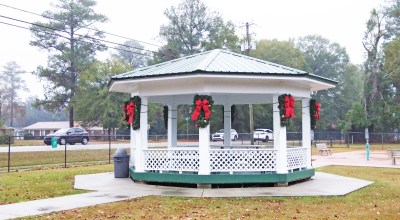 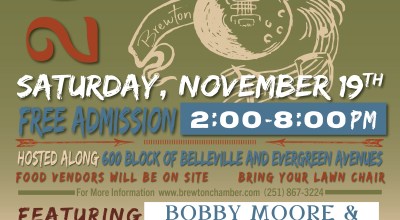