Hall of Famer: Former JD coach to be inducted 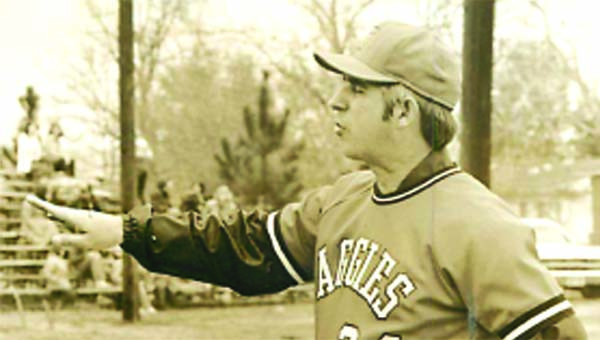 Floyd Adams coached hundreds of baseball games during his 38-year coaching career, but he has special memories of his first game leading a team.
Fresh out of college, Adams took a job as the head baseball coach for Springville High School in the small community of Springville just northeast of Birmingham.
Adams remembers his first game there well, not just because his team won the game, but because of who the opposing head coach was.
That day Adams faced off against a former Alabama Crimson Tide player well known for coming off of the sideline to make a tackle in the 1954 Cotton Bowl Classic.
“In 1959, we opened our season playing Gadsden High School,” Adams said. “When I got up there, Tommy Lewis introduced himself to me as the baseball coach, and I remembered Tommy from when he played for Alabama. In the Cotton Bowl he came off of the bench to tackle Dickey Moegle, who had broken a long run, and was awarded a touchdown after Tommy tackled him. Tommy was actually standing next to one of my good friends from Atmore that was also an Alabama player, Sam Jack Cassidy. We won the baseball game, but it was an honor to meet Tommy Lewis.”
Now 52 years after his coaching career began and 14 years after it ended, Adams is looking forward to Jan. 20, when he will be inducted into the Alabama Baseball Coaches Association Hall of Fame in Birmingham.
Adams will join the ABCA Hall of Fame which already lists such greats as former University of Alabama Coach Jim Wells, former South Alabama coach Eddie Stanky and former Auburn University coach Paul Nix.
Getting to this point is something that took Adams years of hard work and molding boys into men.
It might not have happened at all had Adams not made a transfer in colleges when he was a teenager.
Adams graduated from Escambia County High School in 1952 and began attending Auburn University, where started as centerfielder for the freshman baseball team. In 1954, Adams played for the varsity team at Auburn, but transferred the following year to Howard College, a Baptist school in Birmingham, where he said he had the chance to be coached by a man who would give him a new direction in life.
“The first-year head coach there was a man named Virgil Ledbetter, and he had made it up to Triple-A baseball with the Brooklyn Dodgers organization,” Adams said. “That was the first baseball coach that I ever had. He was a fundamentalist and taught the hows and whys of the game. How you do it and why you do it that way. He made such an impact on my life that I decided I was going to go into coaching.”
Upon graduating from Howard, Adams received his first opportunity to coach at Springville and from there his career took him to several stops.
His second stop was with a friend from Atmore who became a coaching legend in his own right, Carl Madison.
That stop pulled him out of baseball, but not from coaching athletics.
Adams spent several years as a basketball coach, but when the opportunity to return to baseball came along, he did not think twice, Adams said.
“Baseball has always been my first love,” he said. “The second year I coached, I went with Carl Madison to Milton High School, and they had an experienced coaching staff there, which was probably one of the best things to happen to me was to be on that staff. I coached the junior high and B-team basketball teams, but they didn’t need any baseball coaches. I stayed in basketball at different schools for a number of years, but got the opportunity to get back in baseball after I went to Tate High School. I was an assistant for two years and then took over the program for seven years. After that is when I went to Jefferson Davis.”
In 1984, Adams accepted the job for the head baseball coaching position at Jefferson Davis Community College in Brewton.
Adams coached the Warhawks for 10 seasons, accumulating a record of 303-149 with no losing seasons. He received several accolades during his time leading JDCC including numerous Coach of the Year awards and a trip to the Junior College World Series.
Even with the accolades and his upcoming induction to the ABCA Hall of Fame, Adams remains loyal to the players that won him so many games.
“They deserve all the credit,” he said. “They are the ones who played the game, hit the ball, ran the bases and made a commitment to themselves to get better each game. We managed to win a few games along the way, and they are the real reason that I’m here and being inducted into this Hall of Fame.”
During his time as a baseball coach, Adams’ players went onto careers in baseball as well as other professions. He had more than 100 players sign scholarships, 18 players sign professional baseball contracts with four reaching Major League Baseball and two first round picks.
The memories he has of his players and the accomplishments they have earned overshadow all of the wins they earned him as well.
“The fondest memories I have are watching our young boys mature into young men,” he said. “My assistant and I have been successful into turning out successful young men. We have some that made the big leagues and one is still managing in the big leagues. We have had some that have been preachers or gotten PHDs. It’s something I look back on and feel good about. It’s not how many games we won or lost, but how the young men turned out.”
Now 52 years after it all began, Adams awaits the special ceremony that will put his name side-by-side with some of the greatest baseball minds in state history. 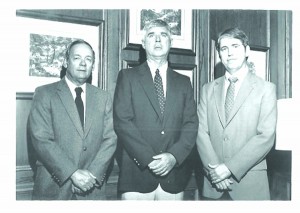 Floyd, center, after being named head coach at JDCC in 1984.

Smith to seek re-election in county