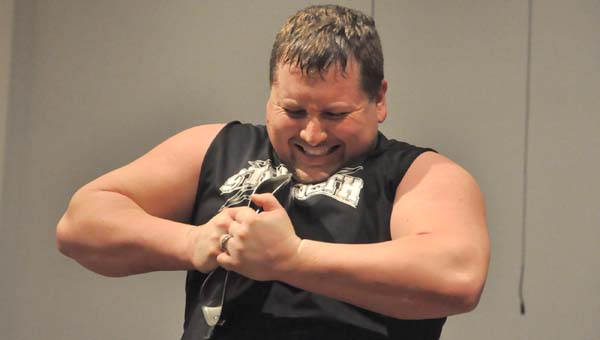 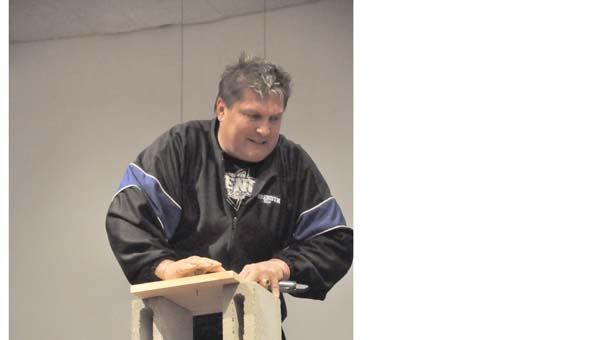 Hagen drives nail into board