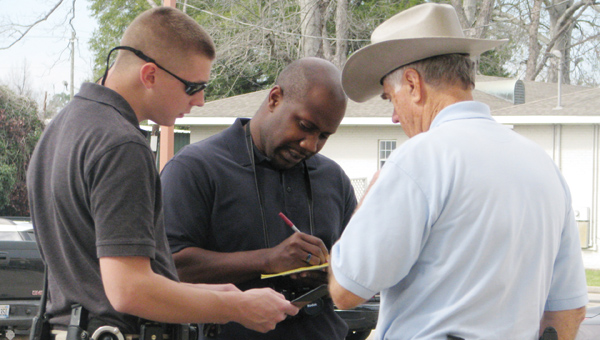 The main downtown branch of Bank of Brewton was robbed early Friday afternoon, and Brewton police will be joined by FBI investigators as they search for a suspect.

Lt. Brock Holt said police are looking for a black suspect, but because the person appeared disguised are not certain if it is a male or female.

Brewton police and dogs from Century, Fla., were surrounding the bank Friday afternoon, searching the parking lot and interviewing business owners along the boardwalk.

Holt said the suspect entered the bank from the rear door on the boardwalk and apparently exited the same way. It is not known how the suspect fled the scene.