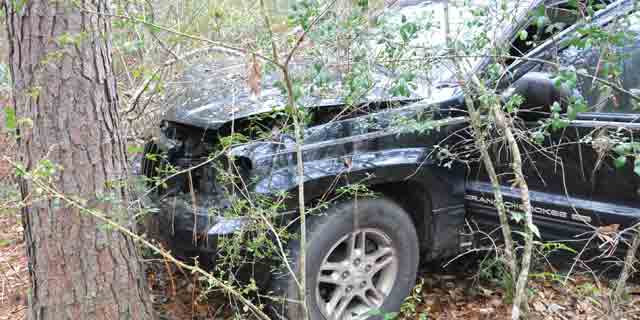 Karen Gillis, 26, of Castleberry was injured in the crash and was transported to D.W. McMillan Hospital. After evaluation, Gillis was transferred to U.S.A. Medical Center in Mobile for further treatment.

Willie Rankin, 77, of Monroeville was the driver of the Nissan vehicle involved in the crash, according to officials at the Evergreen post of the Alabama Highway Patrol.

Elliott Rankin, Jr., 73, of Monroeville and Shirley Crenshaw, 57, of Evergreen were passengers with Rankin. Both received injuries as well.

All three victims were transported to D.W. McMillan Hospital to be treated for their injuries. Witnesses said the injuries did not appear to be life threatening.

Lifeflight was initially called in response to the injuries reported. However, the call for the emergency airlift vehicle was canceled after patients were evaluated at D.W. McMillan Hospital.

The incident remains under investigation.

The crash involved two vehicles — one of which had three passengers and a second vehicle with only the driver as the occupant. Two of the victims from vehicle one were transported to D.W. McMillan Hospital by ambulance while the third victim was transported by private vehicle, witnesses said.

The crash remains under investigation by Alabama State Trooper Law

Shehan named citizen of the year