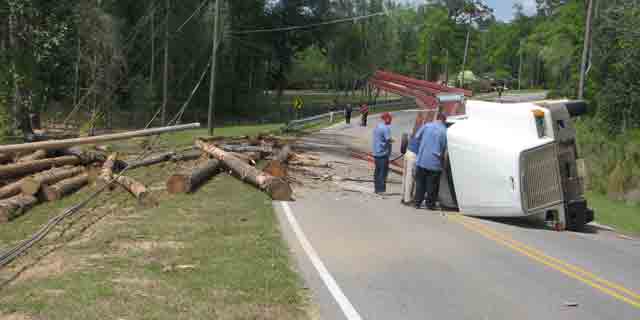 Drivers along Appleton Road were detoured for a period of time Wednesday afternoon due to the aftermath of a crash.

A loaded log truck has overturned and skidded for a distance as he drove into Brewton along Appleton Road.

Witness at the scene say the unidentified driver did not appear to have life-threatening injuries but was transported to D.W. McMillan Hospital to be treated.

No other vehicle were involved in the crash and no other injuries were reported.