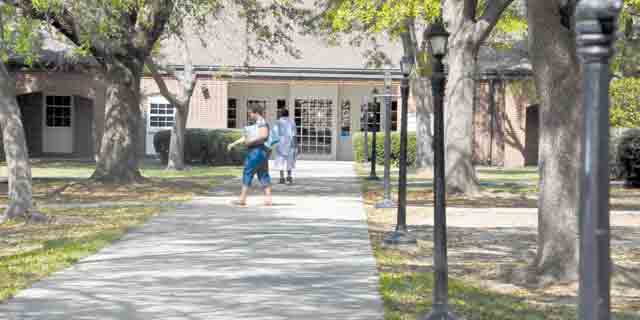 With students eating out and shopping in Brewton and faculty earning a combined payroll of $8.3 million, the economic impact of Jefferson Davis Community College extends beyond its leafy campus.
A recent study by Auburn University researchers found that the Alabama Community College System pumped more than $1 billion into the state’s economy during the 2008-2010 period studied — and Jefferson Davis Community College has made its share of contributions to that figure.
The annual operating budget at Jefferson Davis Community College is just over $11 million — a budget that makes an estimated $44 million impact on the community, county and state, officials said.
Lee Barrentine, director of student recruitment, enrollment and retention at JDCC, said the budget funds roll over three to four times in any given year.
“The calculations we have used put our impact on the community at about $44 million each year,” Barrentine said. “That includes all of our expenses including payroll, utilities, advertising and marketing, supplies and maintenance on the facilities and the grounds.”
With 90 full-time employees and 145 part-time/adjunct faculty and staff members, the payroll at JDCC alone makes a big impact on the community.
“Our faculty and staff live in this area and their payroll goes right back into the local economy,” Barrentine said. “Our staff of nearly 250 people live and shop here, they make mortgage and utility payments and all of that goes right back into our community.”
In the AU study, researchers were able to show the impact on the state as a whole is significant in that the colleges are among the largest employers in the state.
Barrentine said the impact that student spending has on a community may also be significant.
With as many as 90 students living in college dorms, their spending habits also contribute to the economy of the Brewton area.
“We have students living here who make purchases from our merchants and eat in the restaurants here,” Barrentine said. “That certainly helps the economy no matter how you look at it.”
The AU study estimated that between 2008 and 2010, Jefferson Davis Community College had a nearly $20 million impact on the community and state.
According to the study, direct employee spending was estimated at $2,632,539, with direct student spending at $14,092,502. Coupling those figures with a direct college spending of $2,574,626 brings the total financial impact on the state’s economy to $19,299,667 for the period involved in the study.
“We, of course, have to spend money on maintenance, power, water, supplies, advertising, and the list goes on,” Barrentine said. “And right now, we are spending money to have renovations done on the Wallace Building. All of that construction, renovation and work is adding to the economy in a variety of ways.”
Through the offerings of JDCC, Barrentine said graduates can further be of benefit to the economy in a long-lasting way.
“When our students graduate they are more employable,” Barrentine said. “When they get a job or earn higher pay because of what they have gained at JDCC, we’ve done our job. Our main objective is to do what we can to make our community better. Because we are a community college we are here for the community and it is our goal to enhance the life of the people in the community. That’s our goal and every community college has that as a main focus.”