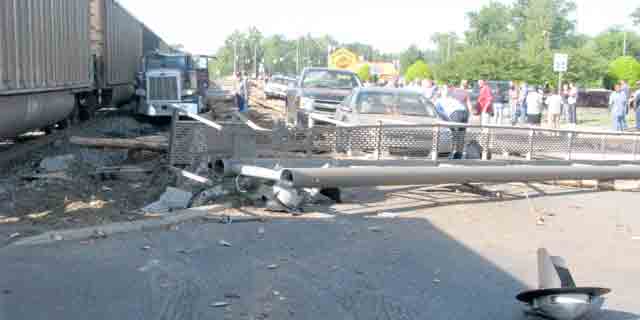 Traffic downtown will be deverted for several hours after a log truck was struck by a train at the main crossing.

No serious injuries were reported in the crash that involved eight vehicles including the log truck belonging to Johnson Logging out of Brantley.

Crews to clean the debris from the roadway are on the scene. Officials are asking drivers to avoid the downtown area if possible until the wreckage can be cleared.

More details will be available soon.