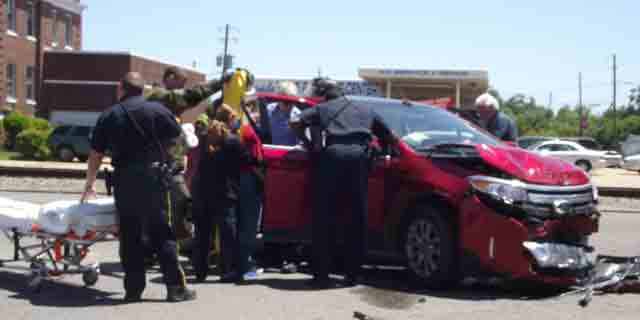 A two-vehicle crash in downtown Brewton Monday slowed lunch time traffic for more than an hour as emergency responders worked to clear the wreckage.

Brewton police officers and Brewton firefighters responded to the crash at the intersection of Belleville Avenue and St. Joseph Avenue near the front entrance of Bank of Brewton.

Two people were transported to D.W. McMillan Hospital to be treated for non-life threatening injuries.

The crash remained under investigation by Brewton Police Department.

WSN baseball advances to round two