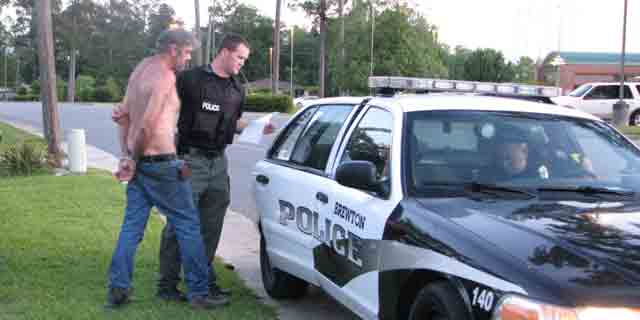 An undercover drug investigation by agents with the Brewton Police Department’s narcotics division ended with the arrest of a Belleville Avenue resident Tuesday night.

Charles McRandall Lowell of 1304 Belleville Ave., was arrested by agents as they executed a search warrant at the residence just after 7 p.m.

Sgt. Andrew Casey said the arrest was made based on evidence obtained during the investigation by narcotics agents.

“We were able to obtain warrants for Lowell’s arrested on two charges,” Casey said. “After executing those warrant and conducting a search of the residence, an additional charged was also filed against Lowell.”

Lowell was taken into custody at the residence and was transported to the Escambia County Detention Center where he was booked on the charges against him.