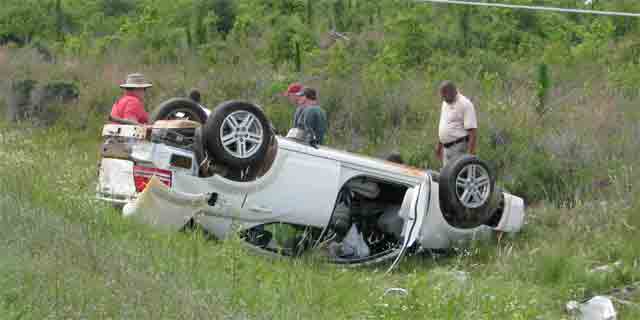 The driver of the vehicle shown was transported to D.W. McMillan Hospital with non-life threatening injuries acccording to witnesses at the scene.

A female driver can count herself as “lucky” after crashing in a curve on Foshee Road Monday afternoon.

Witnesses at the scene said the driver, who was not identified, could have been more seriously injured given the appearance of the crash.

A Brewton police officer said driver was wearing her seat belt and that “probably saved her life.”

The driver was the only occupant of the vehicle.

The crash remained under investigation by Brewton Police Department.

Members of the Brewton Police Deparment, Brewton Fire Department, Escambia County EMA and other responded to the scene.

The driver was transported to D.W. McMillan Hospital to be treated for non-life  threatening injuries.

In a ‘Blaze’ of motherhood