Madden: No sewage in creek 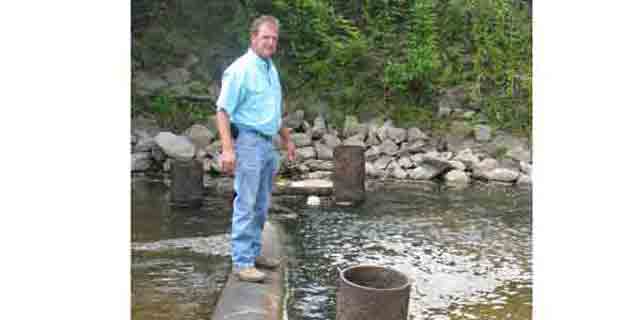 Reports of raw sewage leaking into an area of Burnt Corn Creek are unfounded and Ray Madden, director of utilities for the city of Brewton, said there is no cause for concern.

“There isn’t a problem at Burnt Corn Creek involving sewage,” Madden said Thursday morning. “The information that people have been giving out is incorrect. What is seen in the creek is not sewage. It is a common occurrence of foam gathering around areas where water flows around objects.”

The area in question is centered around a large pipe running across Burnt Corn Creek near the railroad trestle area.

“Anytime you have water that has to flow around things, you’re going to have foam,” Madden said. “We did do some sewage work recently, but it never was a problem and we never had any overflow. We did tell workers along the railroad area that there might be some seepage in the area because we wanted them to be aware of it in case there was a problem. Those same workers mentioned that to some people who were planning to swim in the area and the whole thing has gotten out of hand. We never had any leaks, overflow or seepage in the creek.”

Madden said the City of Brewton is diligent in reporting any problems with sewage leaks to the Alabama Department of Environmental Management as required.

“If there were a problem, we would have made a report and be down there cleaning things up,” Madden said. “There isn’t problem and it’s safe to swim there.”