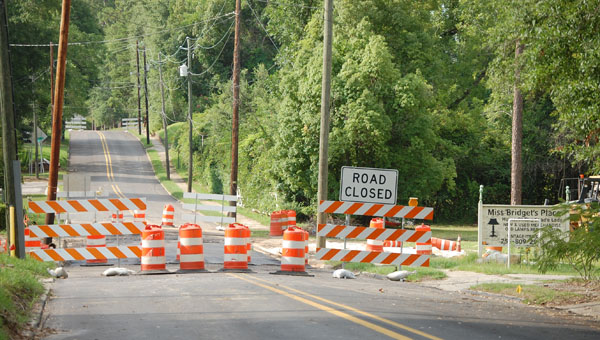 While one road project is winding down in Brewton, another is set to start.

Workers have been installing a new culvert on St. Nicholas Avenue just south of the Brewton fire station, but that work is expected to be finished this week, said city utilities superintendent Ray Madden.

The work has kept a small portion of Alabama 41 closed to through traffic.

But as soon as the work there ends, a new project will begin on Belleville Avenue. Drains from Woodrow Street to Rankin Street will be replaced, Madden said, rerouting traffic from that area.

“Since we did the work on these drains, we have had the problem of some of the sand underneath sinking,” Madden said. “Now we have to go back and get them updated. We don’t think the street will have to be closed for very long. We are using the same people who worked on the St. Nicholas project. Hosea Weaver is doing the paving of the Belleville job and Beasley and Company is doing the work on the drains.”

Madden said he hoped this not inconvenience would not last long.