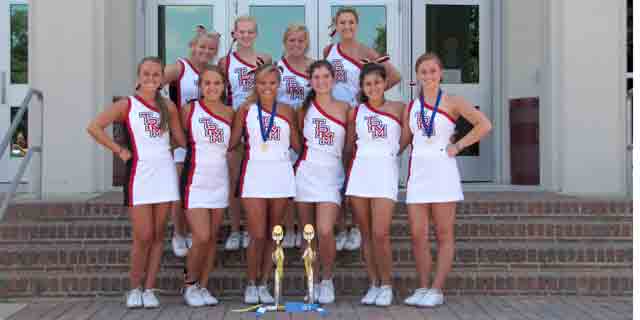 Members of the cheerleading squad at T.R. Miller High School recently participated in activities at the UCA Cheer Camp event held on the campus of the University of Alabama.

During the camp, squad members performed a Home Pom routine and received a blue superior ribbon for their efforts following evaluations.

The group also earned a second place award for the Cheer Camp and received a first place trophy for the XTreme Dance Routine in the Camp Championship.