Time running out for shelter animals 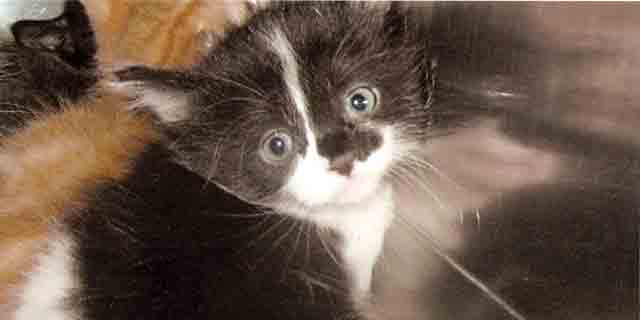 As few as four generous hearts could make a world of difference for some local animals who are running short on time at the Brewton Animal Control and Adoption Center.
Christina Green, who runs the program, said the staff likes to focus on the adoption portion of the shelter’s title, but are limited on the time they have before those animals in need of good homes must be euthanized – and right now she said four dogs have only a week left to be adopted before the shelter will be forced to put them down.
“When we get the animals in we hold them for 30 days,” Green said. “But I do try to hold them a little longer if they’re highly adoptable, and these really are.”
Green said the four adult dogs, Daisy Mae, a boxer-hound mix, brother and sister hound mixes Maya and Bailey, and Gabby, a pit bull mix, are all sweet animals that are running out of time, but could be saved by anyone capable of providing a good home.
“They’re really nice animals,” Green said. “One came in so scared and wouldn’t let us touch her at first, and now she’s so happy-go-lucky.”
Green said the adoption process is simple and is even easier right now, as the shelter has cut their fees in half in an effort to save the four needy dogs.
“The fee for these dogs is $15, which is half off our normal $30 adoption fee,” she said. “People just need to come in and fill out the application and we have to approve them. They sign a spay and neuter promise, and the vets here in Brewton are giving those people who adopt a discount because they adopted from us.”
Green said, for adult dogs, new owners will also be responsible for vaccinations, but stressed the willingness of local veterinarians to give discounts to adopting parties.
“The applications are simple,” Green said. “It’s just about how many pets you have and how you would keep the animals contained. We’re doing this half off deal because we don’t want to euthanize.”
Brandon James, animal control officer for the Atmore/PCI Animal Shelter, said he is working on Atmore’s end to see what can be done to save the four dogs in the event they are not adopted, but added his hands are sometimes tied by expensive transfer fees.
While the four specific dogs are a priority at the moment, Green said there are plenty of other animals at the shelter that could also be in danger of euthanasia if a good home does not turn up soon.
“We also have a kitten named Shadow that has been here the longest of all our cats that needs to go to,” Green said. “She’s about 12 to 14 weeks old.”
Green said anyone interested in adopting can find more information at the center’s Facebook page, Friends of the Brewton Animal Control and Adoption Center, or by contacting Green at 251-867-1400. Laura Williams, who volunteers at the shelter, may also be contacted at 251-363-3252.
To find out more about animals available for adoption, contact The Brewton Animal Control and Adoption Center. The center has specific hours when animals will be available for viewing and adopting.
The center is located on U.S. 31 South.