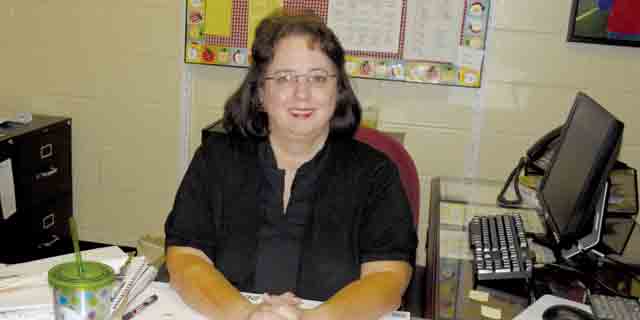 When the school bells ring on Monday, Aug. 20, there will be a new face to greet the students at Brewton Elementary School. Anne Lambert is the new principal of the school, coming from Monroeville. She is not new to the job of being a principal however. She has plenty of history behind her to help her fit right in at the elementary school.
Lambert has been the principal at Monroeville Elementary School for the past seven years.
“I thought it was time for a change,” Lambert said. “I loved what I was doing, but I had heard nothing but good about the school system here in Brewton. I have known Dr. Baxter Baker and Lynn Smith for many years and I think they it will great to work with them.”
Lambert brings a lengthy resume of her 32 years in the education field.
She was born in Birmingham into a family of three children, and moved with her parents to Dothan when she was in the eighth grade. She graduated from Dothan High School in 1973. She received an associate of arts degree from Wallace Community College in Dothan. In 1979, having received her associate degree, she entered the University of Alabama and earned a bachelor of science degree in 1977. Two years later, in 1979, she earned her master’s degree in special education. At the same time she maintained her grades and graduated Summa Cum Laude from the University of Alabama; was inducted into Kappa Delta Epsiton Education Honor Society; inducted into the Phi Theta Kappa Collegiate Honor Society. Later, after teaching for a number of years, she graduated from Alabama State University Summa Cum Laude and received her degree in education specialist degree in supervision and administration.
Lambert took her first job as a special education teacher at the elementary level in Dallas County. Over the next few years, she taught in several schools moving around because of her husband’s profession. She moved to Monroeville in 1996 and became the supervisor/assistant special education director for the Monroe County School System and seven years ago she became the principal of Monroeville Elementary School.
Lambert said she didn’t set out to become a school teacher.
“I really wanted to be a lawyer, but somewhere along I changed my mind and decided to go into education,” she said. “I have heard a lot about the Brewton school system. It has a very good reputation and the people of Brewton should be very proud of what they have.
“I don’t see that I will be making many changes here at BES,” she added. “The school has been very well run and I want to try to listen to the teachers and do what I can to help. I’m excited to be here. BES has a great reputation and I feel honored to be here.”
Lambert lives in Monroeville at the present time. She and her husband have two children, a boy and a girl.