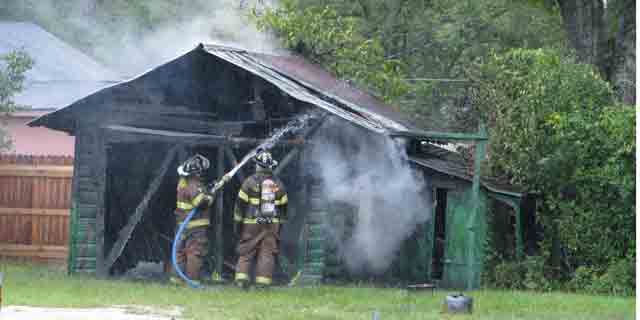 Brewton firemen responded to a shed fire on Douglas Avenue Thursday just as a thunderstorm whisked into the area during the noon hour.

A shed situated behind a business in the 800 block of Douglas Avenue was “totally involved” when emergency crews arrived on the scene.

Although a storm was passing through the area when the fire call was received, no official information on the cause of the blaze has been made available.

Traffic was rerouted along a portion of Douglas Avenue while fire crew worked to extinguish the flames and secure the scene.