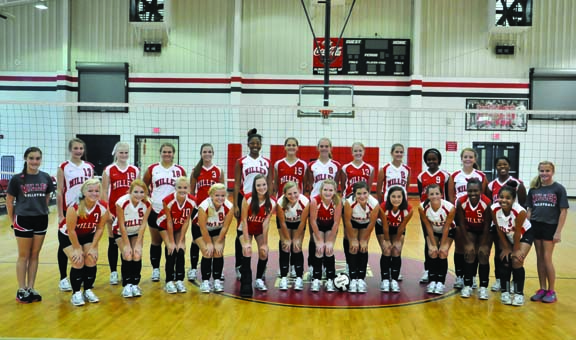 Little senior experience, but athletic: That is how T.R. Miller Lady Tiger volleyball head coach Greg White described his 2012 squad that will begin their season Thursday on the road at Flomaton.
“For this year’s team, we have a pretty nice foundation of the younger players with a large freshmen and sophomore class,” White said. “I hope that will pay off in the long run in the end. In the seniors and juniors, I have five seniors but only two of those five have varsity experience. Two of those did not play last year and one was on JV. So from the experience standpoint of our seniors, we don’t have a lot. But from an athletic standpoint from our seniors, we have a pretty athletic bunch.”
Seniors include Lauren Ward, Laurel Billy, Takeysia McFugerson, Audrey Hamric, and Lauren Bradley.
For more on the T.R. Miller Lady Tiger volleyball team this season, see Wednesdsay’s edition of The Brewton Standard.