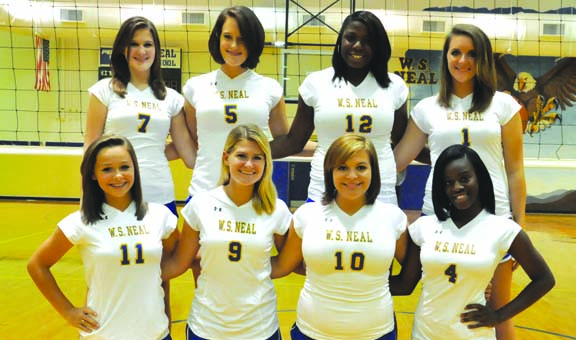 The 2012 W.S. Neal Lady Eagle volleyball team will take to the court this Thursday for their first game of the year when they will travel to Excel to take on the Excel Panthers.
Second-year head coach Jeff Haney said this year’s team has shown him some good things.
“The varsity team is much improved from last year in my opinion,” Haney said. “The void left by our two graduates has been filled by some younger players and they have really exceeded my expectations.”
The 2012 Lady Eagle roster shows eight players with three seniors, two juniors, two sophomores, and one freshman.
For the complete story on the W.S. Neal Lady Eagles, see Wednesday’s paper.