Changes in storm prediction cause concern for municipal elections 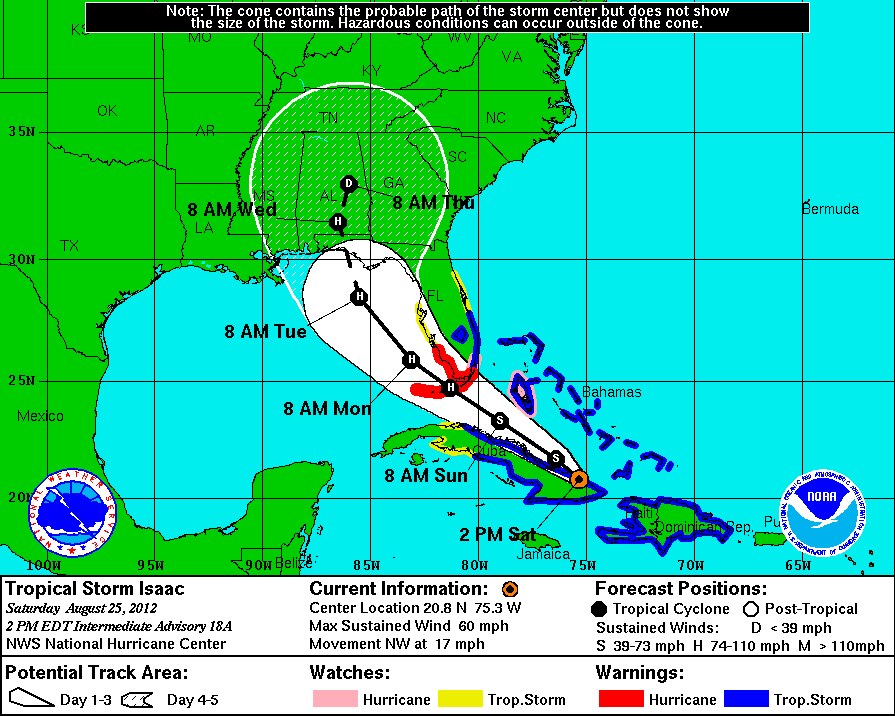 Brewton city officials are more closely watching Tropical Storm Isaac after a Friday filled with changes in predictions and projected paths  – changes that have prompted concern and thoughts of postponing Tuesday’s election proecss.

City Clerk John Angel said officials have set a meeting for Monday to look at the latest predictions for the path of the storm, its strength and associated storm potential in the event Isaac makes landfall anywhere near our area.

“We have already set a meeting with all of our department heads to look at the situation and assess the actions that may need to be taken,” Angel said.

After a conversation on Friday, Angel said the city has “limited authority” when it comes to changing any election plan.

“There are only certain circumstances that give us limited authority to make any changes in the election process,” Angel said. “After our planned meeting on Monday, a decision would be made concerning a possible change in the date for municipal elections. If that were to be needed to assure public safety, we may be looking at at a Sept. 4 date for elections in Brewton.”

No word was avilable on any plans for changes in East Brewton’s election was available early Saturday afternoon.

The Brewton Standard will be watching the storm as well and reporting any information for area residents as it is warranted.

AK-47 at the door: 3 charged with robbery