Ricky Skaggs to perform in Brewton 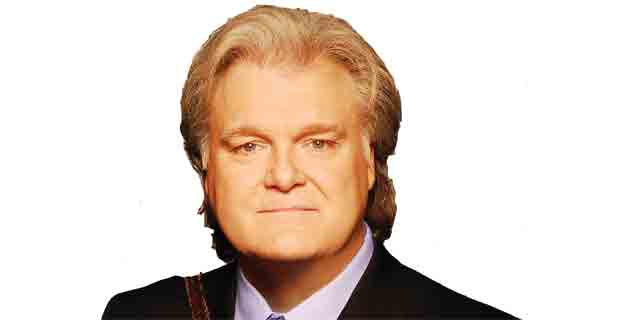 The Brewton Council of the Arts is launching a new season of performances, and this year the group is opening with a bang at the auditorium at Jefferson Davis Community College.
For the first performance of the season, the council has scheduled an evening with Ricky Skaggs and Kentucky Thunder on Tuesday, Sept. 18, at 7 p.m.
This will be a night of country and bluegrass music sponsored by a special gift of The Curtis Finlay Foundation.
“We have been looking for a way to increase out sales and we thought this would be a good beginning to the season,” said Clay Lisenby, director of the Brewton Council of the Arts. “We felt Ricky Skaggs would appeal to more than just a few. His music is primarily bluegrass, but there is plenty of country in the show.”
Ricky Skaggs has won 14 Grammy Awards and is easily among the most significant in recent country music history. He brings with him the Kentucky Thunder, which he said is among the best group of musicians he has ever worked with.
Tickets are on sale now and can be ordered from any member of the Brewton Council of the Arts, by emailing Susan Miller at sdibrell@mchsi.com or by calling 363-0176.
“The auditorium will open at 6:30 p.m. for our season ticket holders,” said Lisenby. “The rest of the seats will be sold based on availability.”
The best way to enjoy the whole season of events is to purchase a season ticket. Patron family season ticket is $100 or individual season ticket for $50.
Family season tickets are $50 and an adult season ticket is $25. A senior citizen ticket is only $20. The season tickets are the best value for the money because they include all performances during the season.
The second performance of the season will be an evening with Todd Green on Nov. 1, at 7 p.m. Green is multi-instrumentalist performing original music on over 30 acoustic string, flute and percussion instruments from all over the world. Green will also make visits to the area schools during the week preceding his evening performance.
“This one will be interesting to the younger crowd,” Lisenby said. “We want to get some of the younger people involved and this should be very entertaining for them. This will bridge the gap between the generations.”
The third performance of the season will be the Water Coolers on Tuesday, Jan. 29, 2013 at 7 p.m. This is a group of seven performers, a pianist and a technician, who perform appropriate comedy and musical numbers. This one will be very funny.
The fourth performance will be  on Feb. 23, at 7 p.m. when the Little Red Truck arrives to transform the local children into actors for a night with the Missoula Children’s Theatre. Area children will be cast  and prepare for a week, learning lines, songs and choreography, to perform as an ensemble in producing a full-length musical of “The Wizard of Oz.”
The last performance will be on April 7, 2013, at 3 p.m. when the Auburn University Singers, a show choir, will  bring 36 vocalists and eight to 10 musicians to perform their music.