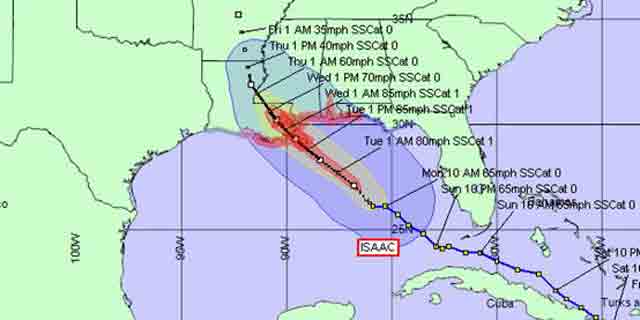 Emergency Management officials in Escambia County continue to monitor Tropical Storm Isaac as it makes its way across the Gulf of Mexico — a storm that could produce tornados in our area.

“The National Weather Service has advised that this track may change as the storm continues across the Gulf of Mexico,” Adams said. “A hurricane warning is still in effect for the coast area from Louisiana to the Florida panhandle. The warning for the Florida coast may be lowered this evening.”

Adams said the intensity of the storm is currently forecast to be near 85 miles per hour before making landfall. That force could produce winds in the Brewton area that should be monitored.

“If this track holds, our area may see tropical storm force-winds of 39 miles per hour or higher by Tuesday afternoon and into Tuesday night,” Adams said.  “Tornado activity is possible in the outer rain bands, especially on the northeast side of the approaching storm.  Tornado watches and warnings may be issued as early as tonight and on through the event.”

Although Adams encouraged area residents to remain alert to changing weather conditions, tornadoes and strong winds aren’t the only concerns in the area.

“Given the recent local rainfall, heavy rains associated with Tropical Storm Isaac could cause local river and stream flooding,” Adams said. “The forecast now calls for localized eight to 10 inches of rainfall over three days with this storm. The possibility of flooding will depend on how widespread the heavy rainfall is.”