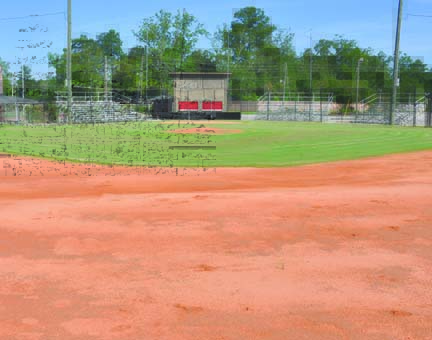 In the fall, it has seen the T.R. Miller football team practicing on it—sometimes until early December. In early January to May, it sees action from the T.R. Miller baseball team. In the summer, it is Babe Ruth games. Then the cycle continues: That is the use the T.R. Miller baseball field sees in a year, but a recent donation of $500,000 can help spruce things up at the field. The donation was announced at the school board’s recent meeting.
“The plans are being drawn,” Brewton City School superintendent Lynn Smith said. “It will include lighting, fencing, dugouts, concession, and (other things). Because of the lighting it will impact football so it cannot start until after the football season. We will have to see if it can all be done after football and before baseball starts, or if it will be done after the baseball season. How much is done will depend on the expected costs or the amount bid.”
Tiger baseball coach Jim Hart said he looks forward to the improvements.
“I am extremely excited about having the money,” Hart said. “We will just have to sit down and decide how to spend the money. I know we will have some new fence work, put up a new back stop and dugouts. Hopefully we can redo the grass in the outfield and infield and maybe some new foul poles. It would be great to see that place all spruced up. Change will see a big difference there if the money allows.”
Hart said he has other plans for the field, but those plans would be hard to accomplish.
“We are land locked there,” Hart said. “I would like to make the field bigger. We redid the fence a few years ago and made it higher and we tried to stretch and get every foot in the outfield we could get. I don’t see us being able to make it bigger. I would love to get more room down the foul lines and move the dugouts back some. We will look and see and price those things out. I do see a new backstop and fence. I also would like to see us get a bigger scoreboard. We will check into a new press box and concession stand area as well. I am just extremely, extremely exited.”
Hart did not say anything about a timetable for the renovations to the field, but said he will start practice in January with games set for February.

Encore and Andrews partner for DWM