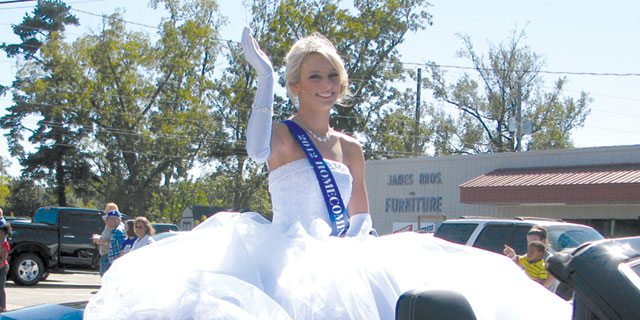 Beasley, a senior, was chosen as the queen by the student body during an election held. The queen was crowned during pre-game festivities prior to Friday night’s game pitting W.S. Neal against Opp’s Bobcats.

For more pictures from Friday’s parade, see the weekened edition of The Brewton Standard with additional photos to be published in the Wednesday, Oct. 25 edition.