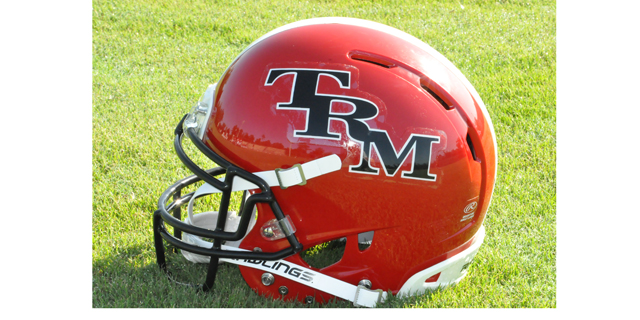 After two straight weeks on the road and being on the road for four out of their last five games, the No. 2-ranked and undefeated T.R. Miller Tigers will return home this Friday night for their final region game of the year when they take on the W.S. Neal Eagles in the Battle of Murder Creek.
The Tigers improved to 8-0 last week as they rallied to a 19-17 region win over the Straughn Tigers.
Although the win was by two points, T.R. Miller Tiger head coach Jamie Riggs said his team was inconsistent on offense.
“Straughn is a really good football team,” Riggs said. “They are very, very good at what they do on offense. Before the game, we were just concerned because they just play so hard on defense. Their effort is just outstanding. They certainly played like that. We got off to a good start, but we were inconsistent on offense. In the second half, they controlled the ball on offense and we didn’t have that many snaps.”
Riggs said when Straughn scored to go ahead with two minutes left in the game, he thought it would be interesting to see how his team handled being down.
“Dominique Jackson made some good runs after we made some good blocks,” Riggs said. “Everything is not perfect in football. I think if you can come from behind and win on the road, that is a good sign.”
As for the rivalry game this week in Brewton against W.S. Neal, the Eagles enter the game with a 6-2 overall record and a 4-2 record in region play after falling to Opp 14-0 last week at home on homecoming.
“First of all, they certainly have done a good job of turning that thing around there,” Riggs said of the Eagles. “They are good at running the ball as anyone I have seen. They do a really good job with that. They have really played physical football team. We knew going into the year, with everyone that they had coming back, that they were going to be really good. I didn’t see how they weren’t. Having played against them and their players last year, most of their players last year are back, and we recognize how good they are and what they are capable of.”
Last week, Opp held the Eagles—who averaged over 400 yards a game rushing and over 40 points a game—to around 150 yards rushing and no points.
Riggs said there is no easy way to stop W.S. Neal.
“Sooner or later you are just going to have to whip some blocks and make some tackles,” Riggs said. “You are not going to line up in a certain defense and just stop them. You are going to have to whip a block and make a tackle. It is no special thing about it. You are just going to have to do the hard things and do them right.”
While the Eagles are coming into the battle with their most wins since the 2006 game, and playing for a chance to make the playoffs, Riggs says this changes nothing about the game this Friday.
“Not at all,” Riggs said. “I will repeat this again and I say it every year, it is the Miller-Neal game and we want to beat them because they are Neal and they want to beat us because we are Miller. I can care less about the playoffs or whatever happens, I just don’t care when it comes to this game. It always means more to me. In years past we were in the same region like we are now and I just believe you play the game and it comes out the way it comes out. It is the biggest game to me no matter if it is a region game or not. That is just my viewpoint.”
Game time for the annual Battle of Murder Creek game is set for 7 p.m. at Brewton Municipal Stadium in Brewton.